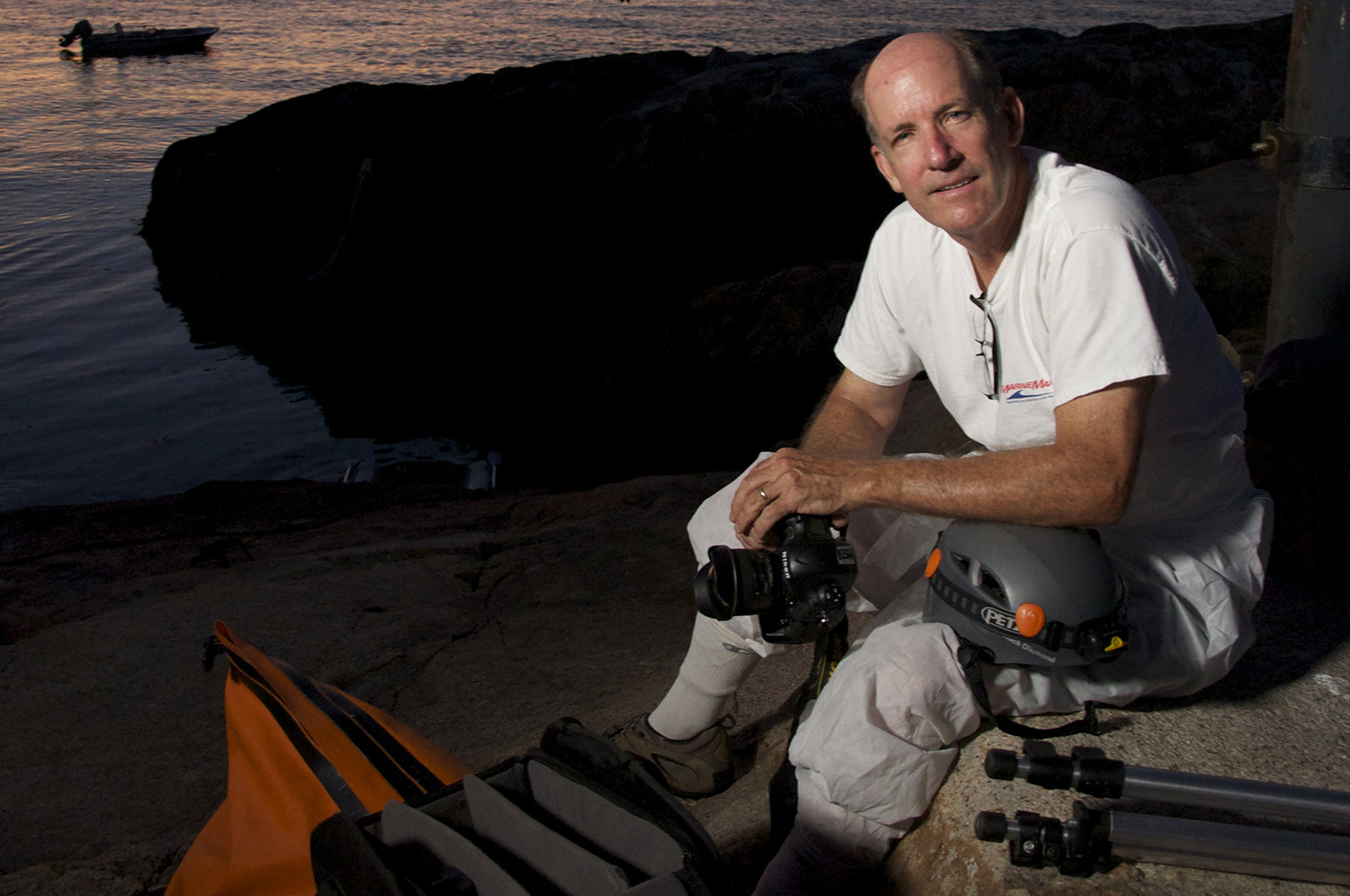 An avid photographer since childhood led Zapatka to a successful career as a TV news lensman. Born of his adventurous spirit and a cherished spot in Rhode Island’s Narragansett Bay, Dutch Island where he anchored his boat, Zapatka found a new challenge. He wondered what Dutch Island’s lighthouse might look like if somehow it was possible to capture the structure at night under the stars. Zapatka’s five-year odyssey began. To capture as many lighthouses at night before many go dark due to their sale, their decommissioning, or their destruction from sea level rise, became Zapatka’s mission.

Zapatka explains: “It was while researching a little-known Connecticut lighthouse, Tongue Point in Bridgeport, I discovered that few night pictures of lighthouses exist. I’d already captured about thirty other lighthouses within an hour of our home in Rhode Island before this realization convinced me that the project had never before been attempted. This is the largest single collection of these historical beacons captured in such a dramatic fashion.” 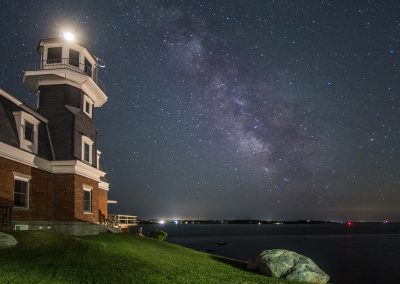 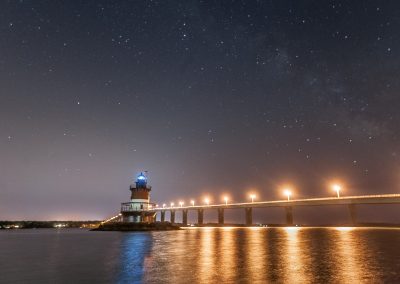 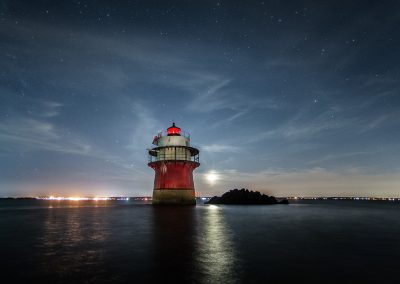 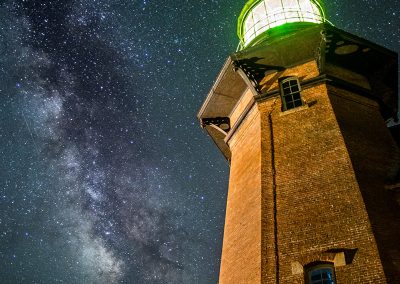 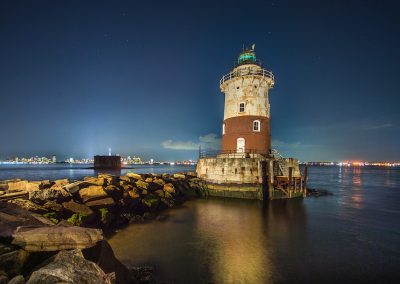 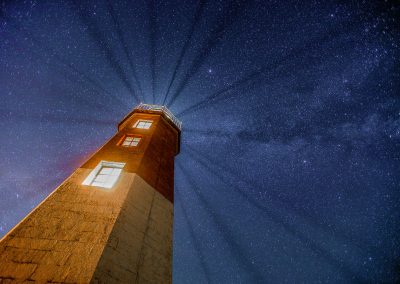 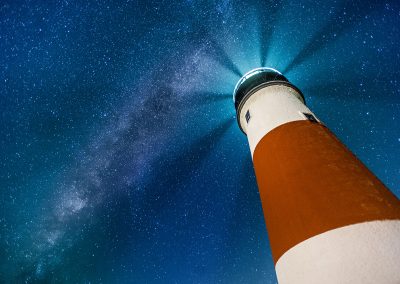 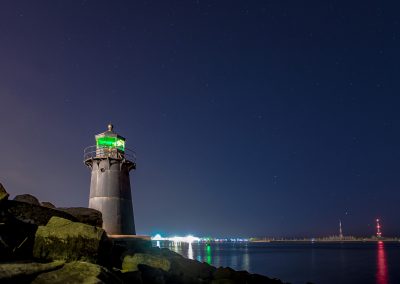 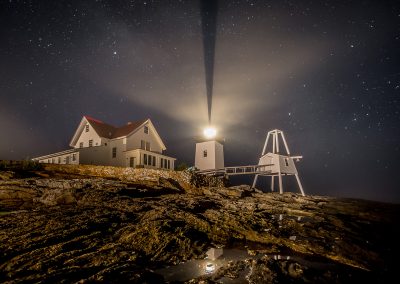 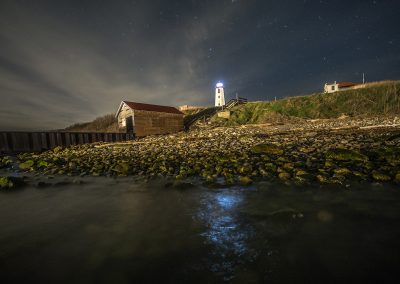 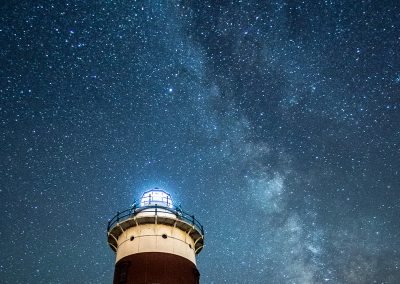 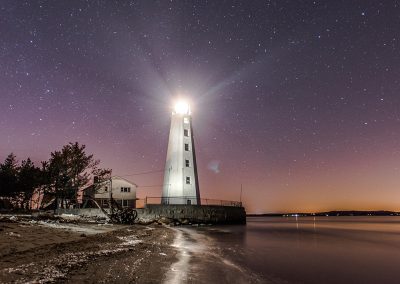 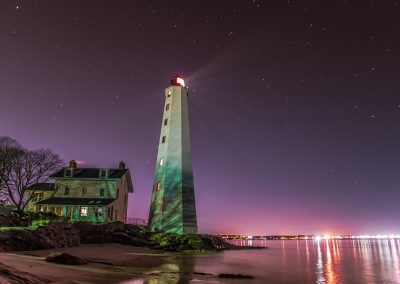 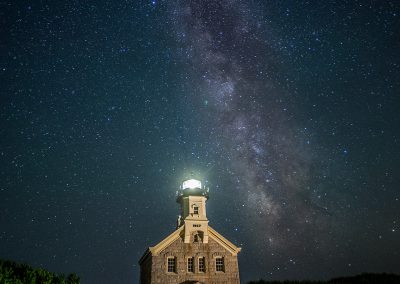 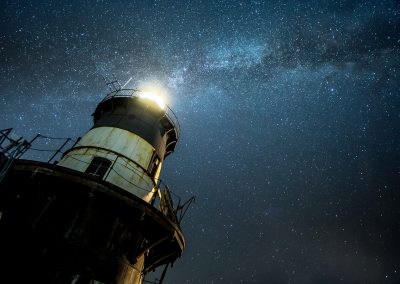 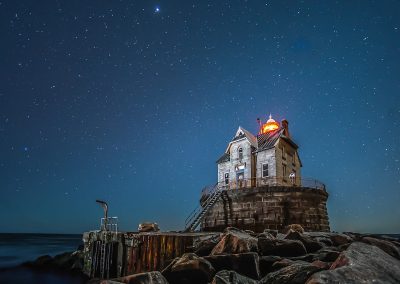 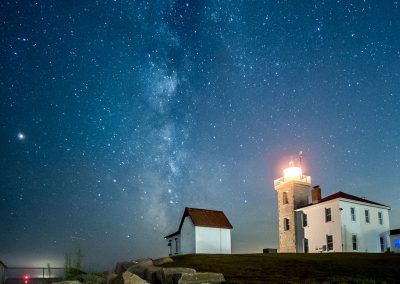